Why you should be looking forward to flat season 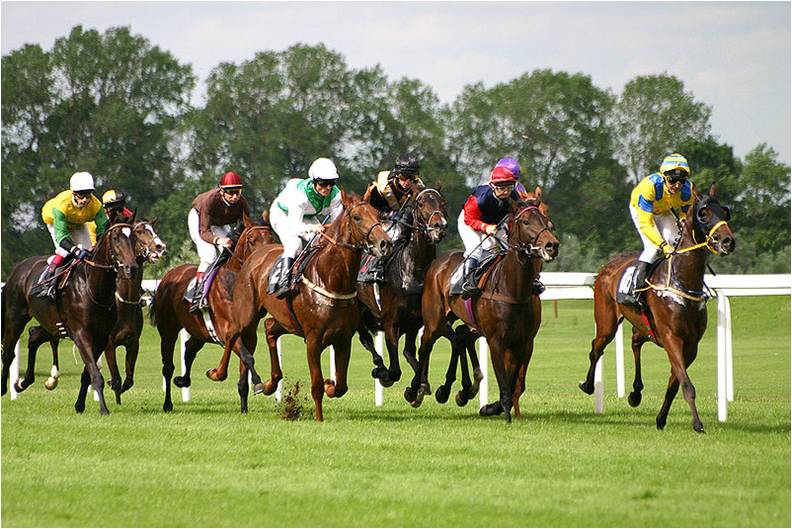 There are few sporting rivalries as deeply entrenched in our culture as horse racing. But is there only one kind of horse racing, or what is the difference between flat and jump racing, and what makes one supposedly better than the other? In this short horse racing overview, we will give you a concise overview of the differences between the two types of races, as well as some thoughts on why we think the flat season is one to look forward to!

What is flat racing?

Flat horse races are those where the animals run without any obstacles and typically range from between two furlongs to three miles in length. Generally, they take place on grass, but due to unpredictable weather, they are also often run on all-weather surfaces. Jump racing, in contrast, is the kind of race that includes obstacles, which the horse must safely navigate throughout race. The obstacles are generally either hurdles or fences and are designed to test the horse’s all-round athletic ability, as well as the jockey’s skills. These races take place across a stretch of a varying distance, ranging from two to four miles. Due to the lack of obstacles, flat races are typically a much faster affair, which makes for incredibly exciting viewing. Many goers opt to bet on a favourite horse to add to the excitement, which can be done with the help of a horse racing betting guide.

It’s all about the weather

One of the reasons why flat racing has proven to be so popular is because of how the seasons fall. Traditionally in Great Britain and Ireland, flat racing takes place after the jump racing season has come to an end, which typically takes place during the winter months. As such, it is not hard to understand why so many have been attracted by the flat season! There’s nothing better than basking in the warmth of the summer sun with a cold beverage in hand, watching the day’s races unfold. In that regard, the warmth of the summer sun makes the flat season a pretty irresistible activity!

Another thing that works in the flat season’s favour is how much more international it is. Jump racing has traditionally been more popular in Britain and Ireland without spreading too much beyond these countries’ borders. As such, the top calibre talent in jump racing has historically been found in this region. Flat racing, in contrast, is popular all over the world, which means the competitors can come from anywhere. This gives flat season competitions a much more international feel to them, which arguably makes them a lot more interesting to watch as a spectator.

Which is more popular?

Although traditionally jump racing has been the more popular of the two, this status quo has been shifting slowly but surely over the last few years. In fact, recent industry figures show that, as of 2016, flat season has been steadily increasing in popularity. Despite the increased prize money on offer and minimum race values, the allure of flat season has been capturing the attention of casual horse racing fans, which has boosted its popularity.

Charlie McCann with his take on what the best bets on Monday's cards are - all free on TRF https://bit.ly/2uY9dm9

"Surely we've got to changey changey this a bitty bitty?" 🤣