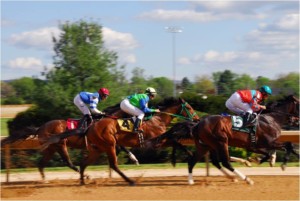 Saddle Up! A Quick Lookback To Preakness Stakes History

Popularly known as “The Run for Blacked-Eyed Susans”, the Preakness Stakes is one of the most celebrated horse racing tournament in the sports industry. The first race run was way back in 1873 with its name derived from the winner held in Pimlico.

Moreover, the Preakness Stakes is celebrated every third Saturday of May which comes also as the second leg of the most coveted Triple Crown series. This year’s edition of the Preakness Stakes will be the 143rd edition and all horse racing enthusiasts are looking forward to this event.

So, before the 2019 Preakness Stakes will commence, let’s take a quick look at the history of Preakness and how it evolves through the years.

The Preakness Stakes had been known to have a permanent locale and event setting every year. This horse racing event has truly found a home in Pimlico which is considered to be the second oldest venue of all racetrack across the country.

Additionally, there are lots of horse racer legends that were able to establish in through this venue. Horse racers like Citation, Secretariat, Man o’War, Seabiscuit, and Cigar were all witnessed by horse racing fans that graced the best competition in Preakness.

The venue can hold and cater at least 120,000 fans during the race day which has also given TVG a chance to air this racing event to be able to reach a wider audience.

The Early Days of Preakness

The Preakness Stakes is a pre-date event before the Kentucky Derby is held. This is named by Oden Bowie, a former Governor of Maryland to honor the colt Preakness which had greatly won in the first track of the tournament.

Additionally, the very first Preakness Stakes racing tournament was held in 1873 where it featured seven incredible horses to earn the $2,000 prize at stake. The winner of the said race was won by Survivor with an easy ten-length edge. The longest margin won that’s written in the history was 11 ½ lengths courtesy of Smarty Jones.

Around 1890 until 1908, the Preakness was held in some other setting. Despite the fact that it had to struggle when it comes to the location on the said year because of age restrictions, it returned to Pilmico in 1908 when the age ban was lifted.

The Preakness Stakes Place In The Triple Crown

As mentioned above, the Preakness Stakes comes as the second leg of the Triple Crown series. Normally, the said horse racing tournament usually features the winners of the most celebrated Kentucky Derby.

Besides, the Preakness Stakes is not only attended by the winners produced by the Kentucky Derby. It is also joined by the competitive horse racers who made big names in other prestigious horse racing events like Belmont and Pegasus.

While the Kentucky Derby is run by a maximum of ten furlongs,  the Preakness Stakes is coming shorter of around 9 ½ furlongs only. This is why the horse racer needs to be versatile in adjusting their speed of running before heading to the third leg of the Triple Crown.

The very first purse that reached around $1million was run in 1997 and has never downgraded its value. As the race goes along and progress, the value had even raced up to $2million prize at stake.

In reference to the TVG Network Preakness History, betting the Preakness Stakes has given a wider option and bigger chances of winning for all bettors. The historical data and information of every horse runners partaking the said race can give every bettor a full guide of what’s going to happen next in the Preakness tournament.

It is also essential that when you bet for the Preakness Stakes, you have to consider the racer’s standing in the first leg of the Triple Crown edition to be able to come up with good strategies and techniques for your betting.

Knowing the history of the Preakness gives you an idea of how the racing event should be commemorated. Besides, you also have the ability to understand thoroughly the whole process of the said horse racing show.

Therefore, with the few historical facts of Preakness Stakes laid out above, your capability of joining this year’s Preakness will surely give you a total entertainment and fun.