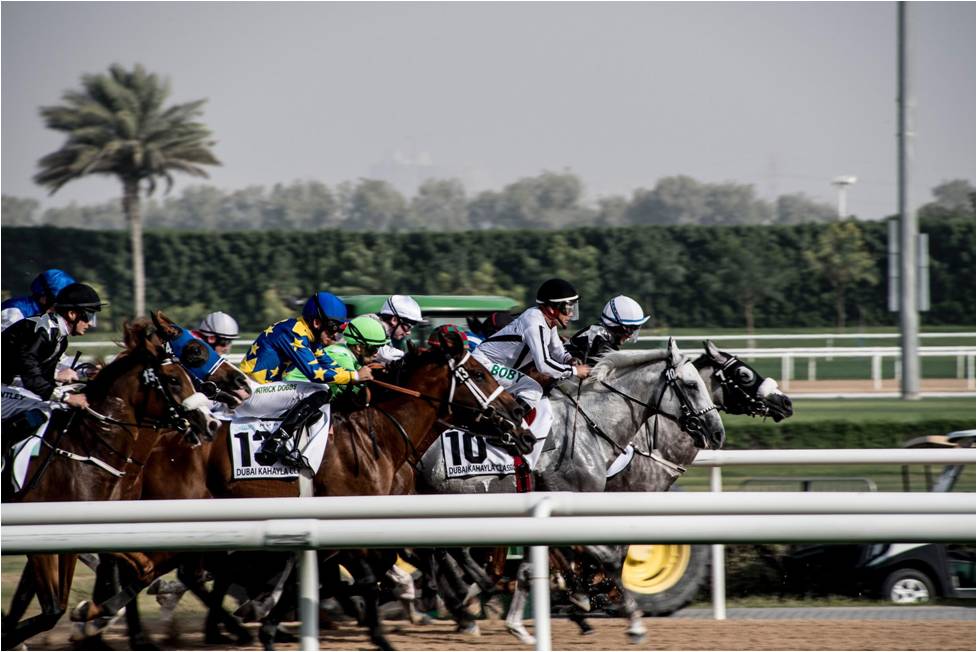 Photo by rohit byju on Unsplash

Improbable: A Potential Rising Star For The 2019 Kentucky Derby

The first leg of the Triple Crown Series which is the Kentucky Derby will kick-off on May 04, 2019. The race track of Churchill Down will again be filled with hundreds and thousands of horse racing fans across the country. Aside from that, this year’s edition of the Kentucky Derby will be attended by strongest horse racing contenders winning different debuts and placement in the pre-season of the Triple Crown respectively.

While everyone is on their feet betting for the horse racer that would more likely win the Kentucky Derby, a specific horse racer crates a real deal buzz who might clinch the Kentucky crown. Earlier this month, Game Winner earns the highest votes of being the most favorite entry to win the Kentucky Derby and later head on to get the Triple Crown. This week deems the freshest name aside from Game Winner which can show off an incredible performance in the coming racing showdown.

That said, another Bob Baffert’s trainee by the name of Improbable deems a whole package of winning the Kentucky Derby. He ties with Game-Winner with regards to the performance he can possibly show in Churchill, Downs. Hence, let’s take a quick look to Improbable probability and statistics why he can be a real star in the upcoming Kentucky Derby.

Way back in September 2017, Improbable was purchased by his owner amounting to $200,000. It was done through an auction where he was appraised for the said amount respectively. Improbable made his debut when he ran in Santa Anita last September 27 running three-quarters of the said mile.

After he had made a debut run in Santa Anita, he earned a speed figure of 94. With that said, he was seen to be a strong contender in all his racing tournaments. Also, in his recent entry to the Breeder’s Cup Juvenile, he made a buzz by the time he commanded an incredible win seizing a 6 ¼ victory length. At the same time, his trainer Bob Baffert has also gained another popularity nailing that integrity of becoming a Hall of Famer horse trainer.

Bob Baffert is also known to train the undefeated Game Winner. Aside from that fact, the Improbable had shown a great performance both in Santa Anita and Breeder’s Cup, he also had made a very impressive finish in Street Sense Stakes.  His victory is the said tournament had increased his speed figure to at least 100.

Improbable last stunning performance before he head on to the 2019 kentucky derby betting list of entries was with Futurity Stakes. He made a debut run in this horse racing tournament stretching a five-length win over Savagery and Mucho Gusto. With this given records of power and ability, Improbable is a prospect to win in the 2019 Kentucky Derby race.

Inevitably, each horse racer has his own running style and techniques that each trainer’s taught them. When it comes to Improbable, he first shows off a slow running pace at the start of the show, then later saddling up a faster speed targeting each entry slowly by slowly. According to his trainer Bob Baffert, he was trained with a special running skill that would edge him from his other entries. Truly he is seen to have that good position as he goes along and runs in Kentucky Derby.

As mentioned, Improbable has earned a lot of popularity when it comes to the latest odds of the Kentucky Derby. He comes in the second place following Game Winner and at the same time earned a lot of favorites from all horse racing fans. According to some bookmakers, Improbable has tallied great victories throughout his racing career which made him one of the toughest contenders for this year’s Kentucky Derby.

Besides, when it comes to the total number of bets, Improbable also earned high and it gets even higher as the Kentucky Derby date draws near. His trainer Bob Baffert had conditioned him very well to be able to give a great show and hopefully make every bettor happy as he wins the upcoming Kentucky Derby.

In the recent performances given out by Improbable, he is seen to move like Justify. If you may not know, Justify is the reigning Triple Crown Winner. A lot of horse racing experts even his trainer sees him move like Justify. As stated, his impressive records of victory are close to what Justify tallies and that his performances in all pre-season of the Triple Crown have shown breathtaking numbers.

Kentucky Derby is starting a few weeks from now and Improbable is seen to be a great deal in the said show. Considering his abilities, running style, odds, and connections, Improbable will surely be a superstar in the 2019 Kentucky Derby.

Very sad news from Ireland. Condolences to his family and friends.

Important racing on both sides of the Irish Sea tomorrow - David picks out a couple of value bets in two of the big races including one in the St. Leger

Two for tomorrow - 9/1 and 100/30 in two of the day's big Group One races
https://theracingforum.co.uk/racing-articles/david-cormacks-saturday-selections-september-12th/

Earlier this year I was asked to paint the IJF Christmas Card. The cards are now on the website and it is more important than ever to purchase them as they will not be selling on racecourses this year. https://shop.ijf.org.uk/christmas-card-packs/p/220