Horses with Scope to Bounce Back at Cheltenham 2019

Things don’t always go perfectly for trainers in the lead up to the Cheltenham Festival. However, the beauty of the event means that it can also be the perfect venue for some redemptive performances. Indeed, the Festival’s history is littered with names who have bounced back on the biggest stage of all when it seemed they had been all but written off.

Below is a look at some who have been tumbling down the betting markets in recent weeks and months. Could they redeem themselves and offer some profit in the meantime? It’s hard to say, but these horses have undoubted class and are available at relatively big odds.

It’s an understatement to say that Kalashnikov’s performance in the Kingmaker Novices’ Chase was disappointing. Yes, he came second, but it was by a whopping 19 lengths. Not the kind of performance you expect from a horse with an SP of 1/4. As a consequence, Kalashnikov’s odds have tumbled to 20/1 for the Arkle and 18/1 for the JLT Novices’ Chase in the Cheltenham betting 2019 with Betfair. An incredible price for a horse that was around the top of the markets a couple of weeks ago. Le Richebourg is the new favourite at 3/1 generally. 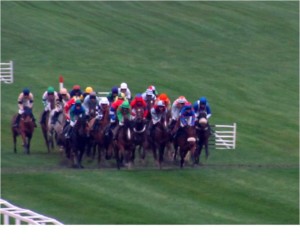 Will he? Won’t he? Nobody is quite sure on whether Samcro will run at the Cheltenham Festival, not even trainer Gordon Elliott it seems. The short of it is that he was touted for the Champion Hurdle in the early part of the season, looked dreadfully out of sorts over the winter and then was treated for a lung infection. Not the sort of credentials you want to be taking into Britain’s elite national hunt racing festival. However, rumours abound that Samcro will be aimed at the longer trip in the Stayers’ Hurdle, with William Hill offering 9/1. He will have to beat Paisley Park (7/4), who hasn’t put a foot wrong over the winter. But we know Samcro is capable of much, much better than what we have seen in recent months.

Probably the least likely to bounce back that we have listed so far. It’s nothing to do with innate talent, of course, as we know Might Bite is a class act. Rather, it’s a combination of the fact he had wretched form in the winter and faces an incredibly tough field in the Gold Cup. Might Bite underwent a wind operation – similar to one he had a couple of years ago – and Nicky Henderson has been positive about his hopes, but preparation must have been impacted. 20/1 is offered by Betfair, but this looks like a shootout between Presenting Percy (7/2), Clan Des Obeaux and Native River (both 9/2). 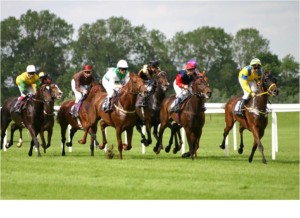 Footpad hasn’t done much wrong, he just hasn’t become the superstar we all hoped he would – yet. He had a couple of tepid performances over the winter, falling in one and coming a close second in the other. That’s fine, but it is not enough to give anyone confidence that Footpad can dethrone Altior in the Champion Chase. In fact, that much vaunted battle might not happen at all now, as there is a suggestion that trainers are running scared of Nicky Henderson’s wonder-horse. You’ll get 9/1 for the Champion Chase and 8/1 for the Ryanair for Footpad. Let’s hope he aims for the former and gives Altior a run for his money – the Champion Chase needs a spark.

One of our favourites - Capri