Can Paisley Park Snatch Stayers’ Hurdle Crown Back from Irish?

The last two renewals of the three-mile Stayers’ Hurdle run on the third day of the Cheltenham Festival have gone to Emerald Isle raiders – both trained by Ireland’s master jumps handler Willie Mullins.

At one stage, the Irish looked totally dominant in the antepost betting for this event, but a new homegrown contender has emerged from the stable of Wiltshire trainer Emma Lavelle.

Paisley Park, named after pop icon Prince’s home, has made rapid progress throughout the course of the season to be made favourite for the Stayers’. Comparisons have already been made between the running style of the seven-year-old Oscar gelding and four-time race winner Big Buck’s.

While Paisley Park has an awfully long way to go match the exploits of that dominant stayer, there is no doubting the marked improvement in his form. His progressive profile saw him plunder a valuable Grade 3 handicap off top weight on Betfair Chase day at Haydock after winning on reappearance at Aintree.

It was the same race Sam Spinner used to launch himself into the Stayers’ Hurdle mix 12 months ago, and like that one, Paisley Park followed up by landing the JLT Long Walk at Ascot just before Christmas. That is a Grade 1 race that Thistlecrack – the last British-trained winner of the Stayers’ – landed en route.

The Grade 2 Cleeve Hurdle, the official trial over the same course and distance for the race at the Festival, was the next stage on the plan for connections, and Paisley Park again performed. That was a run praised by betconnect, a social betting network that allows bettors to follow the advice and selections of pro punters across the whole racing calendar, and sees him now a 3/1 antepost favourite for the Stayers’. He came with a late run and confirmed the Ascot form in no uncertain terms, with West Approach left a well-beaten runner-up. 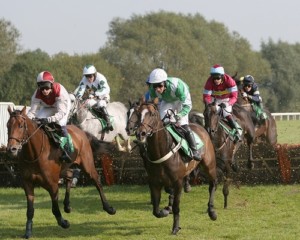 Heading the Irish challenge against Paisley Park is last year’s Stayers’ Hurdle hero Penhill, who overcame a near year-long absence from the track to land the spoils. As a previous winner of the Albert Bartlett Novices’ Hurdle, the Tony Bloom-owned gelding is two out of two over course and distance.

Mullins also seems to get him race-fit at home in Closutton, County Carlow. That knack of going well fresh stands Penhill in good stead, but there are two ways of viewing the lack of a prep run.

It may be this time around that battle-hardened Paisley Park is a more formidable opponent than the staying types that lined up at Cheltenham in 2018. A threat to Penhill may also come from within his own stable courtesy of the popular veteran Faugheen.

While the former Champion Hurdle winner seems to lack the foot to challenge over two miles now he’s aged 11, he readily won the Punchestown Festival equivalent of the Stayers’ last season. Faugheen thrashed Penhill by a dozen lengths and, if turning up in the same shape, must have claims.

Best ever riding performances in the Derby? Have your say on TRF https://theracingforum.co.uk/forums/topic/best-riding-performances-ever-in-the-epsom-derby/

OTD 1950 Fourteen-year-old Lester Piggott lost his apprentice allowance when he rode Zina to win the Autumn Cup @BrightonRace.... a career in which he rode 4,493 winners including 30 British Classic winners and was Champion jockey 11 times. 🏇#TheLongFellow #AnAllTimeGreat