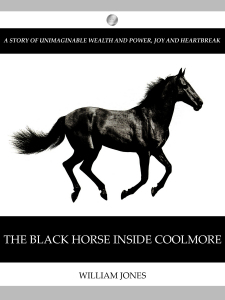 The rise and further rise of Coolmore has been the pre-eminent success story of the bloodstock world during the last forty years. One of the features of that growth has been the air of mystery which surrounds the organisation. Shrouded in secrecy, the decisions taken behind closed doors by an inner circle of powerful and rich individuals, the code of silence also extending beyond the boardroom to what might be termed the shop-floor of the operation, the studs and training centres where the elite group of stallions, broodmares and racehorses are conceived, born, raised and raced. Not by chance has the group who control John Magnier’s vast global bloodstock enterprise been dubbed the ‘Irish mafia’ and very little of what goes in in the sanctum is ever disclosed in the public domain.

The emergence of a book written by someone who worked on the inside which purports to disclose some of the secrets, and darker secrets at that, of Coolmore will naturally be greeted by a great amount of interest and curiosity. The author, former Coolmore employee William Jones, worked within the operation for 9 years from 2006 to 2015, working in the stallion yard and as part of the foaling team.

Jones begins the book by saying that he describes Coolmore, when asked what it is like, as the ‘eighth wonder of the world’. But, while Jones’s love of his job and the satisfaction he derived from working with the elite bloodstock Coolmore specialises in are very clear, so too is a deep dissatisfaction with certain aspects of the way that Coolmore conducts its business and it is those sections of the book that will no doubt garner most attention and interest as the book begins to find a wider audience.

There are three threads to the book. The first is an account of the history of Coolmore and the horses and people who have shaped it. The second is a unique insight into life behind the scenes, on the ground, at Coolmore. The third thread concerns itself with some of the issues staff, including Jones himself, faced when working there and the unhappiness and frustration Jones obviously feels about the way Coolmore goes about its business in certain respects.

One thing that is clear from the outset is that the book is reasonably well written and professionally presented (Jones spent time working as a journalist in his younger days). There are some typos which suggest proofing wasn’t as thorough as it might have been but on the whole these are not obtrusive or frequent enough to be a major problem. It is printed on good quality gloss paper and is abundantly illustrated with some good photographs, including shots, rarely seen, taken of young foals in the barns at Coolmore.

The book is divided into two parts and part one deals with the history of Coolmore. I was expecting a re-hashing of the standard fare on the topic ( I’ve read many books on Vincent O’Brien, Northern Dancer, Robert Sangster and countless articles and features on the horses and people who played a part in the Coolmore story, as will have most with an interest in this book I suspect) but I found, to my delight, a very well researched and highly informative, readable account.

Dorothy Paget’s exclamation that the worst moment of her life was ‘being kissed by a drunken Frenchman’, Phonsie O’Brien’s telling of the story of how Cottage Rake was brought home after being bought and a thoroughly enjoyable chapter on Northern Dancer are just some of many highlights. As a mini book (or even if it had been extended to full-length) this would stand up well in its own right, although hints of what is to come later in the book appear as Jones describes Magnier and Sangster’s then new and developing approach to bloodstock management in the 1970s as ‘just like battery hens in the intensive farming of the modern age’.

Darker still is the episode which ends part one, the telling of the story of the death of Montjeu. For those of us for whom Montjeu is an equine hero it is a tough read and, again, Jones’s uneasiness around aspects of the handling of that situation are strongly hinted at. ‘You would never know the full story because no one would tell you the full story.’

Part two of the book starts off with a chapter entitled ‘Life on the Inside’ and it is in this second half that Jones not only lets us glimpse what day to day life is like at Coolmore but also where he outlines the very heartfelt concerns he has about the running of both the Coolmore organisation and the way staff are managed in the bloodstock and racing industries more generally.
The tone, hinted at earlier, is set immediately as Jones, as early as the third sentence, states that ‘Magnier is treated as God, the Pope, Queen Elizabeth and the President of the USA all rolled into one.’ Magnier is painted as dictatorial, a character who inspires unstinting loyalty partly through fear (‘He prowls around those first few week, looking for anything to shout about just to let everyone know The Boss is back’) and as a hard and ruthless businessman whose ambition to rule the bloodstock world was matched only by his ambition to become fabulously rich.

There is a certain bitterness to Jones’s telling of his time at Coolmore. He cites a bullying culture, exploitative employment practices, the presence of a fear factor and highlights some specific examples to support his claims. He also tells of his own battles to win better conditions, particularly in regard to night working and its inherent dangers. Once he starts down this path there isn’t much of the remainder of the book where explicit and implicit criticisms of Coolmore’s management and business practices are far away.

This is juxtaposed against what is clearly a genuine love for the horses in his care and respect and affection for his fellow employees. The recounting of some of the stories in the chapter ‘the Foaling Barn’ are gripping, often involving high profile foals and dams we’ll all be familiar with. Another death, this time of Jude, the broodmare responsible for Yesterday and Quarter Moon, provided another difficult read, but one which brings to home the realities that are often encountered on a stud farm.

Jones then discusses in detail what he terms the ‘Golden Era’, the most recent phase of Coolmore’s development, and he looks at characters such as Tabor, Smith and Aidan O’Brien and their pivotal roles in recent years. In contrast with the earlier section of the book, where Sangster was portrayed with some affection, the underlying tone now is one where ‘the lads’ are regarded not for their personal characteristics but the focus is placed on their business interests and the reader will quickly establish that the author is no fan of the type of business deals that the Coolmore boss and others (JP McManus is particularly singled out) get involved in.

The remainder of the book deals with some of Jones’s personal health history and some of his concerns around bullying, nightworking and the absence of protection for workers in the bloodstock and racing industries. In chapter nine he recounts how he has found difficulty in getting trade papers (the Racing Post and the Irish Field are named) to accept his advertisements for this book. Once they had found out that the book was an unauthorised story about life at Coolmore both reportedly asked to read and approve the content before they said they would countenance running the ads.

What then are we to make of Jones’s outline of the injustices he feels he’s witnessed? In terms of the book itself they do create a certain interruption to the flow. The constant references to some of Magnier’s perceived shortcomings do start to become repetitive, for example. The point is laboured a little too much. The comments don’t come across as sour grapes, exactly, but it is inevitable that people will question the motive behind the book, given that the author was pushed out of the very organisation he is attacking.

Regarding the implied criticism of the business dealings of Magnier and his fellow investors, Jones main thrust is to question the morality of the scale of the fortunes won set against the sometimes hard-nosed employment regime at Coolmore. But wouldn’t he find that same hard-nosed approach in many businesses? Coolmore can hardly be the only employer, in Ireland or elsewhere, for whom seasonal foreign labour is deemed an effective way of managing costs, for example. The personal stories of resultant hardship, while touching and, in a wider sense, worthy of social comment and discussion, must abound in many organisations of a similar size.

On the issues of safety for night workers and the alleged bullying culture and Coolmore’s failure, in Jones’s eyes, to address either issue adequately, it appears that Jones was attempting to do something about this during his employment. His frustration is clear and bringing these issues to a wider audience and into the public domain was, according to Jones, the primary motivation behind the publishing of the book. Obviously we are only seeing one side of the story but tales of bullying within the racing and bloodstock industries are not new and it is to be hoped that this book might help to drive organisations to look carefully at their policies.

This is an unconventional book in a lot of ways. But I’d thoroughly recommend it, principally for the unique insight it provides into life at Coolmore but also on the basis that part one of the book is a very readable and interesting potted history of the famous stud.

Oh, and William Jones needn’t expect a Christmas card from John Magnier next, or any other, year!

One thought on “Book review – The Black Horse Inside Coolmore”