Having grown up as a huge Lester Piggott fan I’d always thought he was the ultimate jockey, the greatest ever. But as I learned more about the history of racing the more I began to understand and become in awe of the achievements of Fred Archer. By the time of his death at only 29 years old he’d ridden 21 classic winners. By that age Lester had ridden only 8, a statistic that puts Archer’s precocious talent and dominance of Victorian racing into some context.

Of course racing at that time was different in lots of ways. Horses were trained hard and jockeys had none of the modern-day aids to their trade such as motorways, helicopters, nutritionists, physiotherapists and the like. Days were long and, at a time when entire fortunes were staked on single races, pressures were great. And for jockeys like Fred Archer,  tall even by today’s standards, the struggle to maintain a racing weight often resulted in them taking desperate measures, all of which made Archer’s achievements the more remarkable. 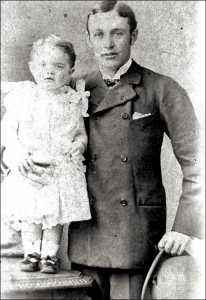 Fred Archer with his daughter Nellie

Many of us will be familiar with Archer’s story. His meteoric rise to prominence and his relentless pursuit of winners led to 13 champion jockey’s titles (remember he died at 29!) and a record total of 246 wins in a season, a record that stood until Sir Gordon Richards broke it (Sir Gordon’s record itself stood for over fifty years until one AP McCoy beat it, a record that McCoy is reported to count as his greatest achievement). We’ll also be familiar with Archer’s ruthless determination, penchant for heavy gambling (common among jockeys at that time) and with the demoralising regime of wasting he endured, contributing to his tragically sad and premature death.

Diana Reynolds, Fred Archer’s great grand-daughter, sets out in her new book ‘Just One More Smile’ to familiarise us with another aspect of Fred’s life, the story of his domestic life and the story of his relationship with his wife Helen, whose death in childbirth was a major factor in his descent into the depression which culminated in him taking his own life.

I’d describe the book as a dramatisation of the factual events of Fred Archer’s short life. Fred’s upbringing in Cheltenham sets the scene, his Grand National winning father William ensuring young Fred is driven hard to follow in his own footsteps while mother Emma looks on, worrying for the sensitive nature of her son. This conflict reflects Fred’s own personality, ruthless and single-minded on the track while deep thinking and prone to melancholy off it.

Reynolds uses dialogue very effectively throughout the book and shows a real flair for this facet of her writing. It isn’t long before this historical tale draws you in to the world it is conjuring for us and Reynold’s sympathetic portrayal of the characters renders added poignancy to the tragic events which unfold later in Archer’s life. It’s clear early on that Reynolds has approached the book as a labour of love and it’s equally clear that the memory of her great grandfather Fred Archer and the rest of the family from that time are held dear.  The story is romanticised to an extent but this adds rather than detracts from it.

That doesn’t stop Reynolds alluding to some of Archer’s flaws such as his ruthless determination on the racecourse and his heavy gambling. Fred’s father’s penchant for an indulgent lifestyle at his son’s expense is also featured. But the characterisation is generally warm and Reynolds touches on the effect of Fred’s incessant wasting to maintain his racing weight (he won a Cesarawitch off  5 stone 7lbs early in his career, unthinkable today). She describes the mash prepared to a secret recipe by Mat Dawson’s wife which would be fed to jockeys. A combination of indigestibility and laxative qualities would ensure regular imbibing of this distasteful and undoubtedly unhealthy gruel-like substance would keep the jockeys’ weight to its minimum. With little or no medical supervision jockeys, as happened to Archer, would struggle to cope mentally as well as physically with this primitive form of weight control.

While Fred is, of course, the hub around which things revolve, the key character in the book in many ways is his mother Emma. I’m sure Diana Reynolds feels a strong empathy with the mother of this prodigiously talented boy and her endurance of his leaving home at a young age, the loss of his brother in a racing accident and, latterly, the loss of Fred’s first-born and then the loss of Fred himself forms one of the book’s main themes. Throughout the story the sub-plot of Emma Archer’s smouldering relationship with Lord James is a recurring topic and her influence on Fred’s domestic life and the contrast between her and her rather brash and free living husband and the conflicting effects this contrast has on the young Fred is an important element.

Racing and horses form a backdrop rather than playing a leading part in the story. This is not a historical account of Fred Archer’s racing career but several of the leading equine players of the day such as trainer Mat Dawson and leading owners Lord Falmouth and the Duchess Of Montrose, whose relationship with Fred had the gossips of the time busy, make appearances.

The book portrays Fred’s falling in love with, and subsequent marriage to, Mat Dawson’s niece Helen as a fairytale coupling. In his day Fred’s sporting status was probably best likened in current day terms to that of a top premier League footballer and their wedding, in particular, was particularly well evoked by Reynolds.

As someone for whom Fred Archer’s story is of great personal interest I have to admit I approached the book, a self-published title written by a descendant of the jockey, with a little trepidation. John Welcome’s fine biography of Fred Archer had, in some senses, told me all I thought I needed to know. But Reynolds book approaches the Archer story from an altogether different and more personal angle. The story of Fred’s professional life is compelling enough but Reynolds tells the tale in such a way as to make the stories of the women in Fred’s life equally, if not more, compelling, at least in a human sense.

When I was about halfway through I began to form the idea that this story would provide the most marvellous material for a film. I think that thought was driven by the excellent use of dialogue and also the sense that these were characters whose sympathetic portrayal in such an eventful and tragic storyline would resonate more widely. Maybe Fred Archer isn’t well known enough by today’s audiences but then again Alan Turing was hardly a household name yet the human nature of his story lent itself to highly successful films.

One or two errors crop up along the way. Helen and Emma’s names are mixed up at one point and a horse is referred to as a he and a she in successive paragraphs. But the mistakes are minimal and the book is well written, engaging and easy to read.

I’d thoroughly recommend it to anyone who, like me, is simply fascinated by the Fred Archer story or to anyone who simply enjoys a story full of human emotion and warmth.

After reading the book I contacted Diana Reynolds. This is her first book and she told me it was very much a labour of love and took four years to get published. She also told me that she thinks it would make a great film (you’ll have seen above that I agree!). She’s also said she’s looking to work next on the story of Fred’s daughter Nellie.

Horses still feature in the family’s life. The Kindle edition of the book features a photograph of Diana on horseback and her cousin Alex Tosetti, another of Fred’s great-grandchildren, owns a share in an appropriately named racehorse called The Tin Man (Fred’s nickname), a talented sprinter currently in training at Newmarket with James Fanshawe. 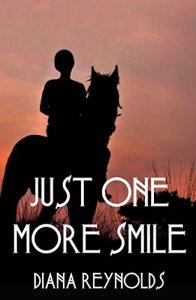