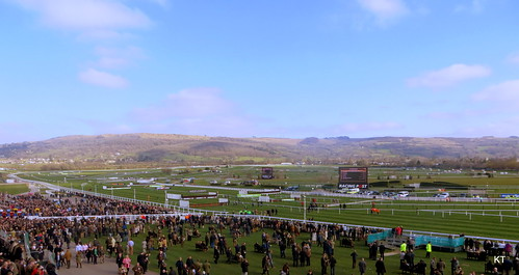 The latest round of Cheltenham entries and withdrawals have been received, and across the big championship races, the one that has seen the biggest shake-up has been the Champion Hurdle.

Favourite Honeysuckle remains in the race, but one of her biggest challengers, Sharjah, is now out of the race. The price of Honeysuckle winning back-to-back Champion Hurdle titles has shortened on the back of this news. She is now the 4/9 favourite for those looking to bet on horse racing with Paddy Power. Sharjah was second behind Honeysuckle, and while few fancied him to completely turn around the form, he was a horse considered a lively outsider and one who could pick up the pieces if something didn’t go to plan for the favourite.

With one less rival to give her problems, even more people will be looking at Honeysuckle and thinking she is banker material, not just on the first day, but of the entire meeting.

Who are the Main Challengers Left?

There are just two rivals price up at single-figure odds against Honeysuckle, showing the kind of grip she has on the Champion Hurdle betting market. One of those is Appreciate It, who could well be the one to make her work. He won the Supreme Novice Hurdle at the 2021 festival in great style, and was supposed to go chasing, but has stuck to hurdles instead and comes here looking to make his mark in open company.

Sharjah, Buveur D’air, Abacadabras and Goshen are among those absent from the Champion Hurdle entries after today’s scratching deadline pic.twitter.com/xVoJ41Zgop

The other runner at single-figure odds is Epatante, who won the 2020 Champion Hurdle before Honeysuckle came to the division. She was brilliant that day, landing a big gamble in the process, but it is fair to say that we have seen nothing like that kind of form from her recently.

If she can somehow rediscover that on the day, then she certainly will be involved in the finish with Honeysuckle, something that would give us a thrilling finish to the feature race on day one.

Is Honeysuckle the Biggest Cheltenham Banker?

Given the fact that many believed Honeysuckle to be the banker of the meeting before Sharjah was taken out, she has strengthened that position now. After looking so impressive when winning the 2021 race, the opinion is that there is more to come from this horse, if she needs to dig deeper and show it.

Looking at the opposition, though, she may not need to. Appreciate It did his best work in novice company, and the step-up is not going to be straightforward, especially against such a classy mare. Then we have Epatante, who may be able to challenge, but it’s two years since we have seen her at her best on the course.

As the race approaches, more and more people will be looking at Honeysuckle and thinking she will be unbeatable on the day. Given how the opposition looks, and what they have to prove, they could well be right about it.